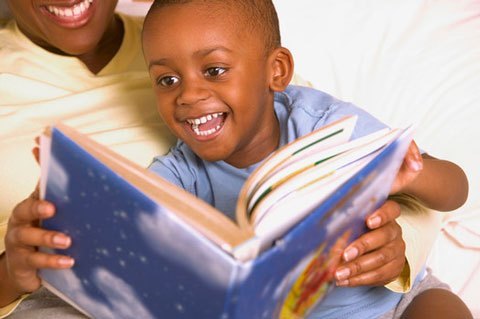 Business is about solving social problems profitably. This being so, one would expect that in an area where so many people identify gaps that they allege to have solutions to, they would also see the business opportunity.

Yet for all the scorching criticism I read about the alleged ineptitude of Kenyan publishers, none of the critics has dared invest in book publishing so that, to use the words of the sage, Mahatma Gandhi, they can “be the change they would wish to see”. None is willing to put their money where their mouth is.

Books are the basic tools of education, and education is the basic investment for economic development.

Yet, book publishing is one of the industries that attracts the least number of new investments, though it is the key to educational, social and economic development, and hence to true nationhood.

Given this critical role of book publishing, and that there exists only a handful of players, who are hardly coping with the deluge of new manuscripts being churned out daily, why is it that investors, and the people who say they have solutions to the conundrum, are not willing to venture into the book publishing business?

The reality is that in monetary terms, publishing is closer to the cathedral than it is to the stock exchange.

Publishing is an extremely tough business to sustain especially in the context of not having a very well developed reading culture, and where average profits are, at best, small and the returns slow.

So long as only a few daring souls recognise the importance of a grand strategy for book development and, therefore, place the wider national good above immediate profit considerations, there will continue to be a bottleneck at the publishing stage.

We could do well to learn from the Haitian saying “many hands make the load lighter.”

This leads me to Zukiswa Wanner’s article (Saturday Nation, January 10, 2015), which I read with great interest.

I was keen to know who Zukiswa is, so I checked her up on Google. To my surprise, her name is misspelt with reckless abandon on all the pages I visited, including her own web pages.

In the end, I couldn’t tell whether her name is “Wanner” or “Warner.” And yet, editorial sloppiness is the same shortcoming she is accusing Kenyan publishers of.

Perhaps she should point out this assault on her name to her South African publishers and publicists?

Notwithstanding, she raises some fundamental issues.

First, is her gripe with publishers for their slow response to authors’ submissions. Every publisher has a clear process for submitting manuscripts and book proposals.

Submission guidelines are often posted on publishers’ websites, or are published in their catalogues, or made available on request.

Writers need to conduct basic research on publishers before submitting their work. For example, what is the use of sending a manuscript for a tertiary-level textbook on the anatomy of the human body to a publisher whose specialty is children’s fiction?

And why should Zukiswa expect that such a publisher (who probably receives hundreds of off-the-wall proposals) should employ people whose primary task is to respond to submissions that ought not have been made in the first place had the writers done their due diligence?

Second, I can’t agree more that Kenya does not have enough skilled book editors, notwithstanding the heavy investment publishers make every year for editor development. Editing is key to the success of a title.

Editors, therefore, are required to not only demonstrate love for language, but also be proficient in grammar and possess other critical skills necessary for identifying the most appropriate structure, format and content of each audience and purpose.

I should, however, ask: If a nation’s system fails to produce enough good doctors, should we heap blame on the hospitals?

Third, I am glad Zukiswa admits that royalty rates paid by Kenyan publishers are competitive.

The only reason South African publishers can afford to pay royalties of 22  per cent is that the mark-up for book pricing is higher than Kenya’s.

A higher mark-up also gives publishers a higher profit margin. The effect of this is that books are out of reach for the less privileged South Africans.

Studies have shown that the average price of a book in Kenya is much lower than in most other African countries.

This is primarily because Kenyan publishers have adopted a philosophy of “widest reach and access possible” of books.

Having said that, tighter margins cannot be an excuse for failure to account to authors as stipulated in the author/publisher agreement, or to pay royalties when they are due.

Fourth, book promotion is an obligation of the publisher on every title rolled out. Imaginative marketing managers engage in as many and diverse forms of book promotion as will let the world know of the existence of a book. Authors, however, need to understand that they, too, have a central role to play in the promotion of their work. In fact, they should see themselves as part of the publisher’s marketing team.

No one can be a better ambassador of a book than its author.

Furthermore, many people read authors, not books. Authors who do public speaking, are active on social media, have a habit of engaging the print and electronic media, and are in regular contact with their audiences achieve a much higher level of success for their books than those who think that promotion is the exclusive domain of the publisher.

Fifth, are Kenyan publishers interested in publishing beyond educational books? I don’t think that really should be the question.

There are three main book market segments: One is educational books, comprising textbooks for primary and secondary schools. The second is academic books for the tertiary education sector.

The third is trade books composed of fiction and non-fiction books aimed at the general market. It happens that most Kenyan publishers focus on educational books, which constitute 85 per cent of the entire book market. Hello, that’s their choice!

The question then is: Why aren’t other, hopefully new, players interested in indulging with the uncontested market (“blue ocean”) of trade publishing?

David Waweru is the chief executive of WordAlive Publishers, treasurer of the Kenya Publishers Association, chairman of the Nairobi International Book Fair and author of the book, Champion: Achieving with Excellence