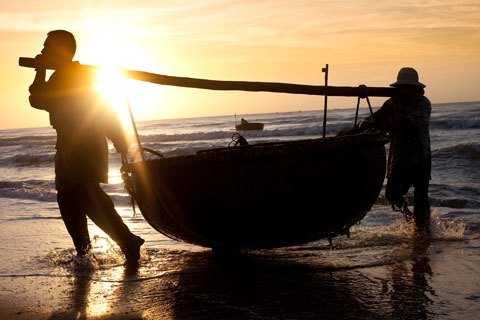 All I Really Want 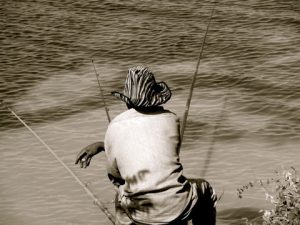 A story is told of an American businessman who was on vacation in Mexico. He visited a village by the lake where he saw a fisherman returning with his catch: six fish. “Only six fish?” he asked the fisherman.

“Yes, two for my family, and the rest I sell. That’s enough for the day.”

The businessman could not believe that the Mexican could be satisfied with such a small catch. He proceeded to encourage him. “Why don’t you catch more?”

“What for?” asked the Mexican.

“If you catch more fish, you can sell more, and earn more money,” the businessman replied.

“Then what?” asked the Mexican.

“Then you can buy another boat and hire fishermen to work for you.”

“Then you can buy more boats and hire more fishermen to work for you.”

“You can start a fishery business. You can bring in business partners, and register a public company.”

“You can retire from work – like me – and go on vacation, and take it easy.”

“What do you think I am doing now?”

I enjoy the Wednesday breakfast meetings with my friend Kimunya, a leadership coach. Lately, we’ve been talking about our fast-paced and often frenetic lives. We’ve been challenging our values and paradigms in regards to work, and the influence our approach to business has on what’s really important to us.

In my book, Champion, I’ve talked about an unforgettable scene in the 1991 American comedy film, City Slickers. I love it, except for the vulgar four-letter word. It’s the conversation between cowhand Curly, played by Jack Palance, and Mitch (played by Billy Crystal) who is in mid-life crisis. The conversation goes:

Curly: “Do you know what the secret of life is?” [Holds up one finger]

Curly: “One thing. Just one thing. You stick to that and the rest don’t mean [bleep].”

Curly: [Smiles] “That’s what you’ve got to figure out.”

And so, yet again, I’m taking a critical look at my distractions – the many, often good, ideas that stand in the way of the life I want. No doubt, this will mean saying “No” to a host of really good stuff, even when I think I can still do an awful lot.

Playing to that one simple thing could be the difference between my life now and the ideal life.