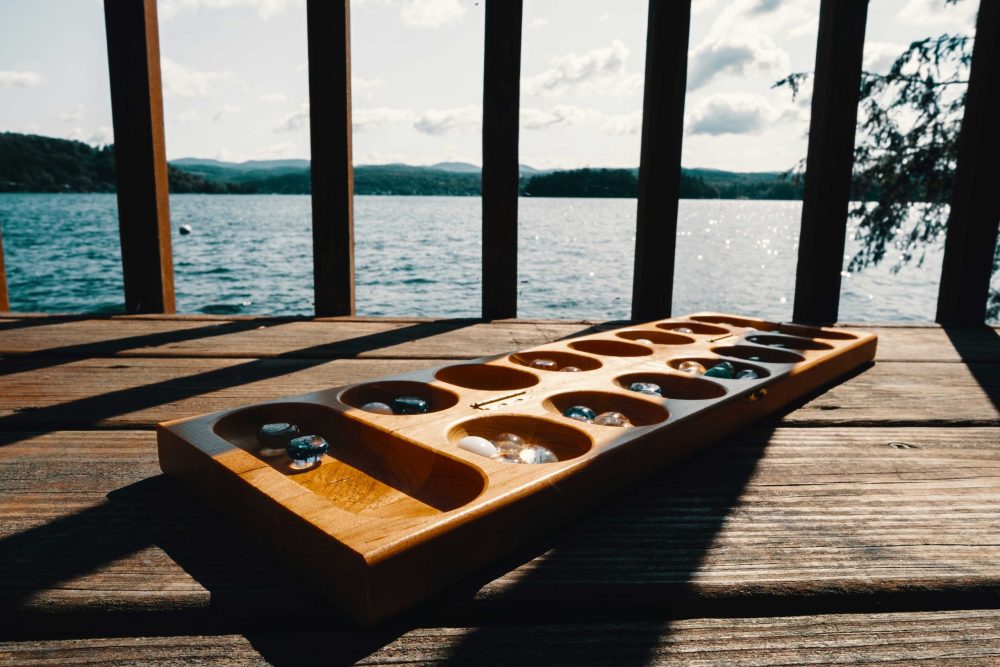 Game of Bao, Anyone?

By David WaweruNovember 27, 2022Blogs
No Comments

The World Cup has a transformative effect on football fans. It lends a certain excitement to the days and makes young the aging. The excitement is tangible. For a couple of hours at a time, it’s all about the game. And for men, in particular, football is serious play.

No one would deny that play is essential for kids. Studies show that play improves their cognitive, social, physical, and emotional well-being. As every parent would put it, a child deprived of play is a miserable child. But for adults, the opportunity to unwind with a game is rejuvenating. Football (or soccer depending on where in the world you are) has taken on the mantle of the men’s game. Some play and some merely watch, but all fans engage their minds and hearts, to the exclusion of all else. Do you know the cliche about all work and no play making Jack a dull boy? Well, apparently, there’s truth to it.

Bao is a strategy game for two players. The board has 32 pits arranged in 4 rows of 8. Each player gets two rows, 32 playing pieces, and a nyumba (home). Players take turns making moves to capture their opponent’s pieces and bring them home. A player wins by either depleting their opponent’s front row or depriving him of all legal moves. 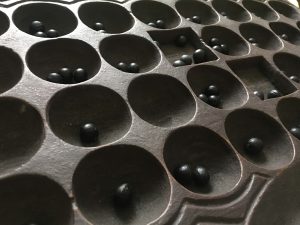 Traditionally the playing pieces for Swahili Bao were cowrie shells. However, stones, seeds, beads and other similar pieces are also frequently used. The game is actually much more complex than it looks. Learners are therefore more likely to play the Bao la kujifunza (Beginners’ Bao), leaving the Bao la Kiswahili to the maestros.  It is a highly strategic game that requires skill and concentration. Doctoral theses have actually been written on the game of Bao, with some researchers remarking on the ability of Bao masters to think tactically up to seven moves ahead.

Bao, the name given to this game on the East African Swahili Coast, is a reference to the wood from which the board is made. The game has been played for centuries and is still played on the mainland and in various parts of Africa. It is Bawo in Malawi, Omweso in Uganda, Igisoro in Rwanda, Oyoayo among the Yoruba in Nigeria. Archaeological evidence suggests that the game was played in Ancient Egypt too. It’s no surprise then, that besides their entertainment value, Bao boards have artistic value as well. An antique Swahili Bao board can set you back several hundred dollars. But the cost is no detriment to enjoying the game; even holes dug in the ground are sufficient for a game of Bao, coupled with simple stones or seeds.

Bao, carved out in a slab of rock

The title of Bingwa, Bao master, is earned in tournaments, primarily held in Zanzibar and Tanzania by Bao societies. Enthusiasts however can play Swahili Bao online from anywhere in the world. But it is likely that the most common and popular game is played one on one by men on street corners – a way of unwinding.

In Africa, playing games has always been a cultural expression, art form, and leisure activity. Perhaps it’s time that the African gaming community develops an industry that can assert itself more to enrich the world, as well as act as a catalyst for positive socialization.