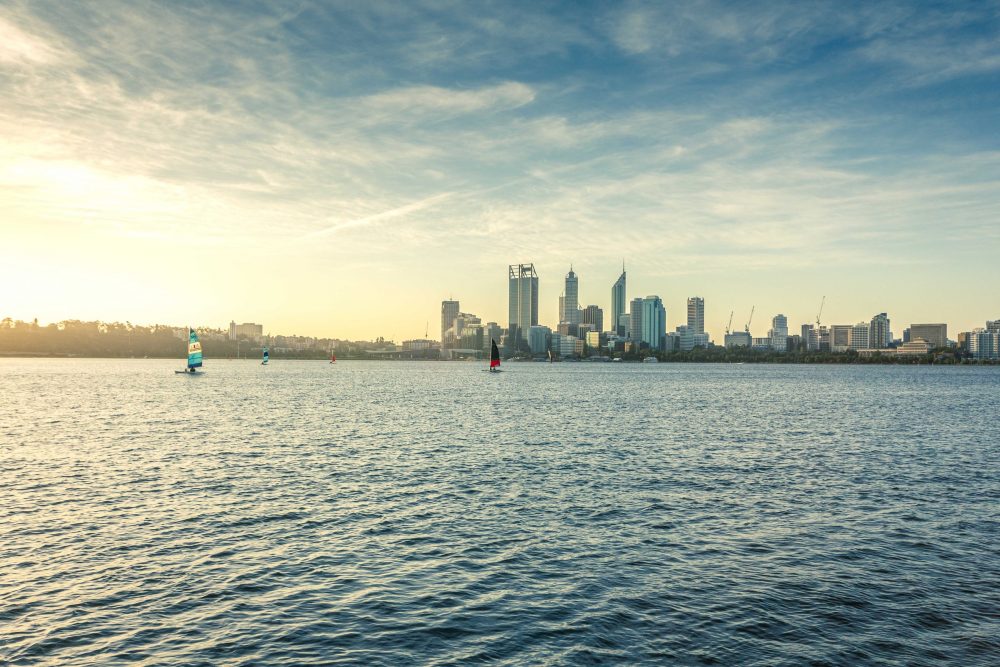 Leaving Nothing to Chance

“The art of the sailor is to leave nothing to chance.” –Annie Van De Wiele

There’s an allure to the relaxed pace in Perth, capital of Western Australia. The city is located at the slopes of the Darling Ranges and is almost encircled by the Indian Ocean and Swan River. Perth oozes confidence in its sunny beaches, funky neighbourhoods and natural beauty. King’s Park, situated on the western edge of Perth’s central business district, is the largest inner city park in the world. It offers a spectacular view of the city’s skyline, the blue skies, and the countless boats sailing on the silken blue waters of Swan River.

Mounts Bay Road, at the base of King’s Park, links the city to the University of Western Australia that is about six hundred meters from the Royal Perth Yachting Club. I circled twice at the Club’s visitor parking lot before getting a slot just in time for an appointment with my friend Graeme. He was taking me out on the waters of Swan River in his boat, Sirius Bisnis.

A skilled sailor, Graeme had chosen a day when the waters were expected to be calm and less crowded. I started my lessons in sailing as soon as we boarded the boat. The most important thing, I learnt, is the direction of the wind. The wind is the engine that powers the sailboat. You, therefore, have to learn how to set the sails at the right angles with the wind so as to gain the best cruising speed to where you want to go. You know what direction the wind is blowing by observing the surroundings: what is the direction flags, smoke, and debris are moving? Or just by feeling the wind on your face. I also learnt that the route to your destination is not always a straight line.

As twilight set and the bright city lights started to come on, it was time to get back at dock after an afternoon of enchanting views of the city and the waterfronts. The wind was now gusting at a higher speed resulting in stronger waves and rougher waters. I understood why Graeme had emphasized on me carrying proper gear though it had been a pleasant, sunny day. While sailing, you don’t leave anything to chance. Closer to the dock, I momentarily lost grip on the ropes and the wind almost got under the sail; Graeme’s quick action saved us from capsizing.

As we anchored in the dock, I thought of my first adventure on Swan River and how similar to life sailing is: the route to your goal isn’t always straight or easy, and fortunes can change quite suddenly.

When the Deal Is Too Good

When the Deal Is Too Good