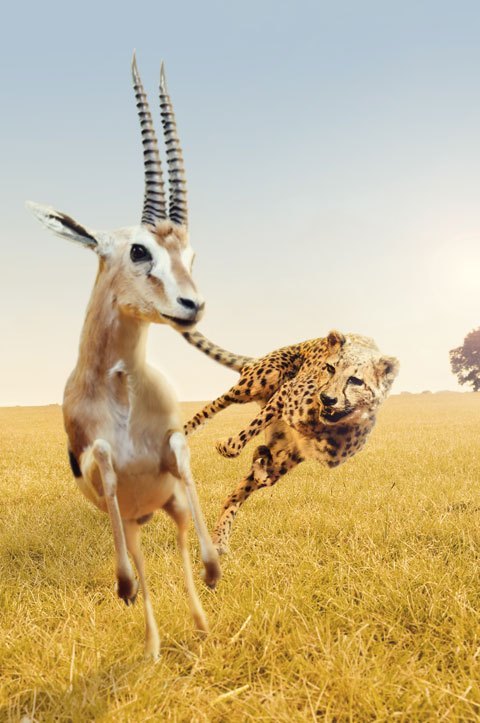 “Find a dream worth chasing, and when you find it, pursue it relentlessly.” –David Waweru 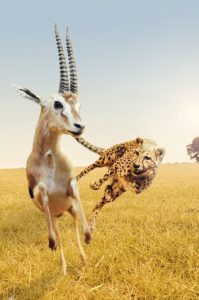 The other day, I watched a National Geographic episode in which a cheetah stalked and then blasted off in hot pursuit of a nimble Thompson’s gazelle that had only moments earlier been browsing on shrubs in the dry savanna. In less than a minute, the epic chase was over. The gazelle’s stiffly springs into the air were no match to the speed of the cheetah – the fastest animal on land.

As I watched the cheetah overpower its prey and start to greedily feast on it, I thought of humanity. Each sunrise, we start the day either stumbling toward an uncertain future or wholeheartedly chasing our dreams.

A story that I keep retelling is that of Kimani Ng’ang’a Maruge. A former freedom fighter, Kimani had never been to school. He nonetheless dreamed of becoming a doctor some day. He knew what he needed to do to achieve his dreams, so when universal free primary education was made available in 2003, he seized the opportunity. He attended the same school as two of his grandchildren, who were in upper primary classes. In less than two years, his pursuit was paying off. He was among the top five in his class and became the school head prefect.

In September 2005, Kimani boarded a plane for the first time in his life. He was traveling to New York to address the UN Development Summit on the importance of free primary education. Sadly, Kimani died in August 2009 after a battle with cancer. He had however achieved his dream of learning how to read and write, inspiring millions of people around the world that it’s possible to achieve one’s dream at any age.

Each morning when we rise, we are faced with choices: how to live our lives, how to spend our time, which career to pursue, who we want to be, and so on. Perhaps one of the most important choices we can make is to find a dream worth chasing, and when we find it, pursue it relentlessly. Pursuit is the master key that unlocks all possibilities.