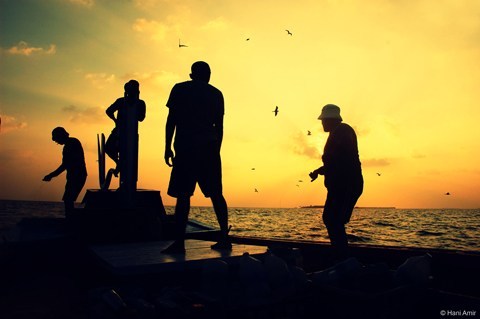 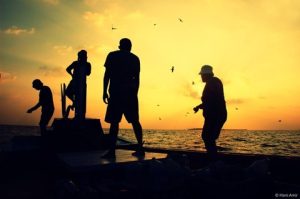 They had worked all night, and not with good results. They didn’t get any sleep during the day either; they needed to spend time with Him. And now He was telling them to get back to work.

Have you ever had one of those – an all-nighter that doesn’t even accomplish the purpose, followed by a day when you have to somehow function? Coffee comes in handy to drown your disappointment. Sometimes, that’s how your life seems to be going; not just for a couple of days, but for months and even years. You can’t seem to catch a break.

I can often relate to those 1st Century fishermen. They had toiled all night. They hadn’t caught a thing. Now Jesus wanted them to row back out. If it had been anyone else making such a suggestion, I suspect they would have thrown their hands in the air, tossed out some choice words, and retired to bed.

But if the Master says go, you go. And so they went.

We know that story ended well – they caught fish like they had never caught before. If we knew in advance that our story was going to end like that, I bet we’d all be out there too, fishing or planting or stocking up the business. Giving it another shot. But we can’t know ahead of time.

I got thinking: Why the long night of fishing without a catch? If it was all going to work out the next day anyway, and they were going to catch all those fish, why couldn’t they just have caught them the night before? They had worked hard. They were skilled at their trade. They were friends of Jesus. What more?

Then it came to me. Sometimes it’s not even about the catch, the fish, the booming business, the good relationships.

Sometimes my night of ‘failure’ is really a night of success. It’s my impetus to ask three critical questions:

Another thing. Suppose the disciples had refused to go out fishing after their night of “failure”? They might have missed their calling – to be “fishers of men”.

Won’t you join me? Let’s put on a pot of coffee, accept that our night of failure was well worth the experience, and ask the One who never fails to lead us to where we should let down our nets for a catch.