“Remember not only to say the right thing in the right place, but far more difficult still, to leave unsaid the wrong thing at the tempting moment.” ―Benjamin Franklin 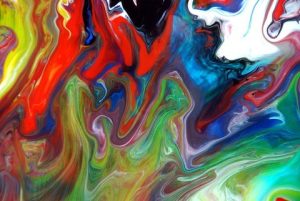 He had the most amazing clothes because he was his Dad’s favourite. His brothers, instead, got to go to work each day. And then he came over to their place of work to rub it in their face.

You guessed right. I’m talking about young Joseph – he of the multi-colour dream coat fame.
Your sheafs bowed before my sheafs.
The sun, moon and stars bowed before me.
How’s that for telling it like it is! Did you ever wonder why young Joseph was wearing that fancy coat out in the fields, looking for his brothers?

In his defense, Joseph was only a teen – 17 years old – when all this happened.

Don’t we all do the same thing that Joseph did, to some extent, now and again? Frank talk. The younger generation call it “keeping it real.” In Kenyan lingo we may precede this truth with the disclaimer “not in a bad way (si kwa ubaya)” which we then feel frees us to tell the entire truth and nothing but. In some parts of the world they use the preface “no offense.” No offense but…

Yikes! Who wrote this report?

Are you trying to grow a beard?

What happened to your hair?

Not everything that can be said needs to be said. ‘Truth’ may be the defense; or ‘honesty’. Or maybe it’s just our self- esteem issues showing; our need to sound clever and make others laugh.

Young Joseph was one of those people who ‘tell it like it is.’ His coat was colourful, amazing, and legitimately given to him by his father. He didn’t steal it. So he had a right to wear it wherever he liked – even while taking care of sheep. He was being honest when he told his dream, and indeed he was destined for greatness. But obviously he wasn’t ready yet.

Then he grew up.

What a difference between young Joseph and the older, wiser Joseph in Egypt. He could have told it exactly like it was, right there with his brothers bowing down before him. He could have said “I told you so,” but he didn’t. Here was wisdom and charity in practice.

One definition of ‘tact’ is “a keen sense of what is appropriate, tasteful, or aesthetically pleasing.” Tact, I think, is simply knowing what not to say. This definition makes it so much easier. Suppose your colleague shows up to work on Friday in mustard yellow corduroy pants, looking particularly pleased with himself. You don’t have to call a spade a spade, a big spoon, or anything else. It’s okay to just keep quiet and smile, not in a mischievous way though.