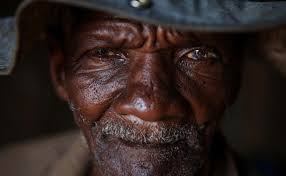 I was speaking to our company auditor a while back at a time when our finances were in a bad state. Noticing my thoroughly dejected expression, he leaned back and propped up his feet, a sure sign that an anecdote was forthcoming. Here is the story he told me:

An elderly man from my village came to request my help. His woes were clearly inscribed in the wan expression on his face. Despite the warm weather, he wore an old wool coat, as though a chill had lodged in his bones and made a home there; a home immune to sunshine and good cheer. His trousers, once black, were now a dirty grey, and his worn out akala sandals had failed to protect the cracked soles of his feet.

Weighing heavily on his mind was the issue of tuition fees for his son, who had just been admitted to university on a partial scholarship. A brainstorming session ensued with the goal of identifying a source of funds for the son’s tuition fees, due in only one week’s time.

“Can you sell some of your goats?” I suggested. But he had sold the last of his goats the previous year, as well his milk cow, and all his chickens. Did he perhaps have a plot of land he could sell for this important purpose? He had only the plot on which his family lived and tended their kitchen garden. Any sale would leave them homeless and hungry. In this fashion, all hopes quickly seemed to blow away like so much chaff, until, at a loss for ideas, I distractedly inquired about possible shares that could be sold off.

He turned suddenly, with a distant look in the eye. “I have some shares,” the old man responded, to my surprise. “But they are worth little, just pieces of paper.” Encouraged, I asked him to bring me the “pieces of paper” he had bought decades before for a few thousand shillings. After looking into the value of his shares, I had to find a way to break the news, for people have been known to pass out from shocking news, good or bad. In this case, the news was exceedingly good; the shares were now worth a cool two million shillings.

And so, an old man wearing tattered clothes and a wide smile on his face headed home to give his family the good news; a barefooted millionaire.

“Are you a barefooted millionaire, David?” my auditor asked me. Do you have some unrealized potential in your business just waiting to be tapped? Long story short, indeed we did have unrealized potential, but I had needed someone to point it out and encourage me to dig deeper and find it.

Do you have some unrealized potential in your life? An unused talent, gift, passion or ability? Are you a barefooted millionaire?