“Everything rises and falls on leadership.” –John C. Maxwell

It will be months, if not years, before the full impact of the suspension of learning in Kenyan schools – after the indefinite closure of all public and private schools – will be fully understood.

In an unprecedented move, the Cabinet, chaired by President Uhuru Kenyatta, resolved to close schools indefinitely following a stalemate with teachers and workers’ unions. The move has left parents and 14 million children in both primary and secondary schools confused, shocked, frustrated.

What quality of leadership has been displayed during the last few months when teachers and unions took government on in the corridors of justice, culminating in the nationwide teachers strike, and now the closure of schools? Are there lessons to learn?

1. Face the reality – The teachers’ strike, product of an 18-year old dispute with government, and the confrontational manner in which the matter has been handled by the parties involved are only symptoms of a deeper problem. Attempts to find short-term fixes to address the symptoms have only perpetuated the problem. Result? The crisis has come back full circle. To deal with the problem conclusively, government, unions and teachers must face the stark reality and dig deep into the cause of the problem. They must be prepared to make hard choices.

2. Anticipate problems and then pre-empt them – After years of unfulfilled promises to teachers by previous governments, the current government should surely have anticipated that it was only a matter of time before the simmering problem blows up? Leaders can prevent crisis from happening in the first place, thus avoiding all the emotional and financial burdens that follow a crisis. Like so many things in life, prevention is better than cure.

3. Empathy – If the teachers, unions and government officials took a moment in their privileged positions to identify with the plight of the 14 million kids – their feelings, fears, struggles, pressures from an overloaded curriculum that they now can’t finish – wouldn’t they do everything possible to support these kids instead? Right now, these “big fishes” are setting up 32 per cent of the population – the most vulnerable – for failure. Without batting an eyelid. Lack of empathy is a key indicator of poor leadership.

4. Humility – For weeks, teachers, unions and government officials have been chest-thumping, each expecting the other to be the first to blink. Dialogue, as a way of conflict resolution, has been ridiculed and court orders disregarded or misinterpreted conveniently. The protagonists have taken pride in throwing tasteless jibes at each other. What ever happened to modesty? History teaches that the best leaders are humble leaders.

5. See the big picture – To be able to see the big picture as a leader, one would need to look to the future for guidance. In this crisis, what the protagonists need to ask themselves is: “What’s the likely impact of our decisions and actions today in the next 1,2,5 or 10 years?” Big picture thinkers – those who take a long-term view of things – listen more and talk less, concerned about making the right decisions than how to win the immediate battle. 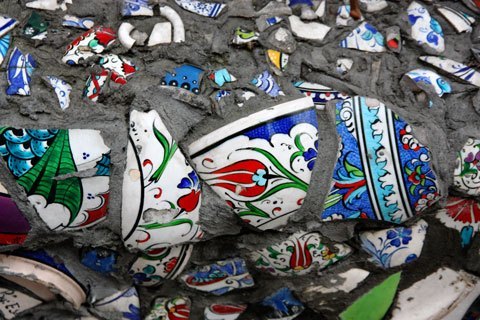